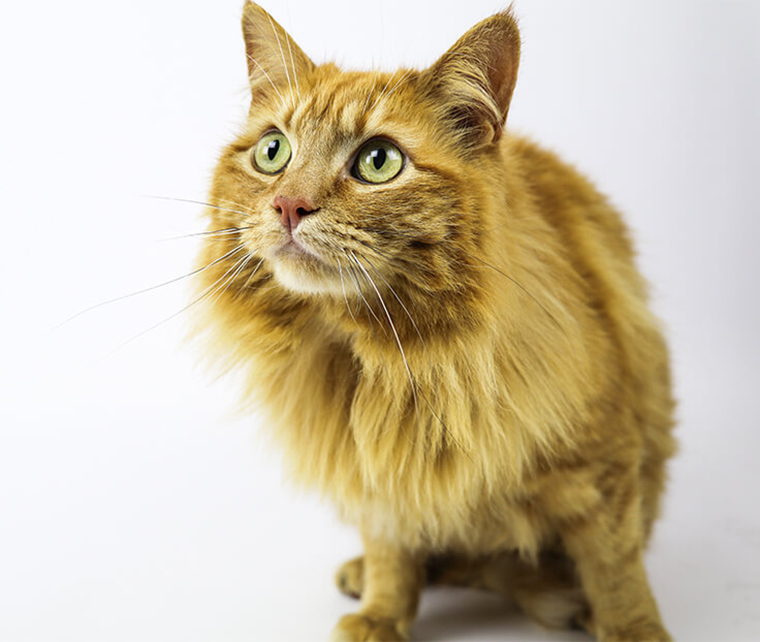 Many people will have suffered the discomfort of cystitis, the inflammation of the bladder. It is horrible and painful. Magnify it by TEN, and you may start to appreciate what ‘Tigger’ was suffering from when he was brought to Isabelle Vets in March.

‘Tigger’ is usually a very fine, handsome and healthy, five-year-old cat who enjoys strutting his stuff around the Vale. One morning he was very down in the dumps and appeared in pain. He didn’t like handling, and the owners thought that he was having problems going to the toilet. This was sudden and unusual as he normally was so well.

They decided to play safe and brought him down the Vets. The emergency vet, David Jeffery immediately discovered that Tigger had a painful and distended bladder, it was blocked and not a drop of urine was being passed. This is a true emergency, as once they have developed to this degree, back-pressure will rapidly lead to kidney failure. Vet, David, set in place a sequence of events to depressurise the bladder (cystocentesis) and provide pain relief. He also organised for the diagnostic team to safeguard ‘Tigger’s’ immediate position by placing an indwelling urinary catheter, undertaking urine analysis, blood analysis, radiographs and ultrasound of the bladder while increasing urinary flow with an intravenous drip.

Although neutering of male cats is often considered a piece of essential social surgery, stopping smells, spraying, fighting and other anti-social activities, it has other effects as well. Beneficially, the behavioural changes help to potentially reduce disease and trauma. However, a potential negative result (and there are very few) is that it makes the tube from the bladder through the penis (urethra) slightly more narrow than usual, which increases the risk of a blockage.

This is what happened to ‘Tigger’.  A blockage can occur for many reasons; infection, bladder stones, stress spasm, a tumour, etc.

The blood results showed that the kidneys were under severe threat with raised levels of potentially toxic substances, such as creatinine and urea which the kidney normally would excrete. The urine results showed a haemorrhage through the bladder, but there was no firm evidence of bladder stones, active infection or tumours.  Intensive care was provided to ‘Tigger’ for several days and slowly his kidney function improved, his appetite returned, and he was able to urinate without a catheter.

What was the cause?  Probably stress combined with environmental factors. What was that stress? A fight; chased by a dog; fell out of a tree? We will never know. He is now back to his usual marauding self, but the owner sensibly uses a very specific diet which controls urine acidity and mineral content and also has a calming agent built into the food to keep ‘Tigger’ chilled and happy!

He is our Pet Hero for June because he survived where many would not have done so, he tolerated our interference and treatment and remained a good and lovely cat.