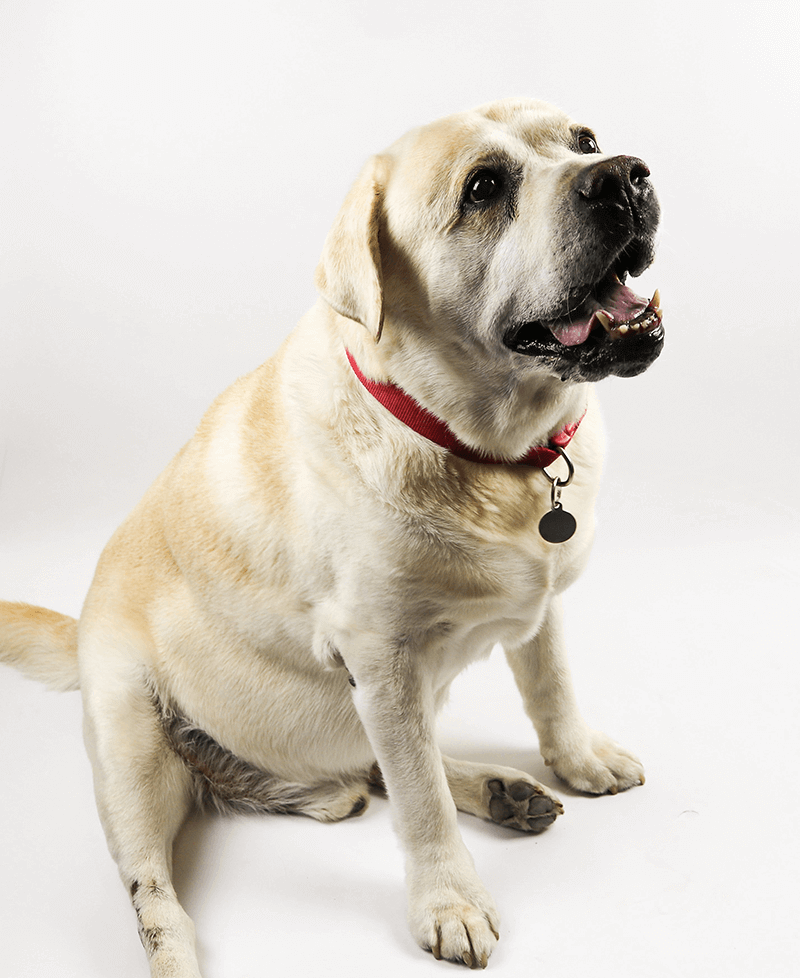 Alfie is a Labrador, ten years old and one of the most easy-going dogs that we know. Sitting in the waiting room, his tail thumps on the ground every time someone talks to him, all the receptionists and nurses know his name and he ambles over to them to say hello, hoping for a treat or two.

In February 2016, Alfie started drinking a lot, he was passing a lot of urine, and despite his usual good appetite, he was losing weight. Blood tests showed that he had developed diabetes mellitus, where the pancreas fails to produce insulin and so the blood glucose levels become high. Alfie’s owners took on the task of giving him injections of insulin twice daily, and of putting Alfie on a diet; Alfie didn’t seem to mind the injections at all, but he was not so keen on the new diet with less to eat and no treats! But after losing about 10 kg (22 lbs) in weight, and a few ‘blips’, Alfie’s diabetes settled down – he was content as he was allowed a few treats again, and happy to come into the surgery for his regular blood tests.

But in April of this year Alfie suddenly developed a head tilt to the right, and he was unable to stand on his own. He responded well to treatment though, but then developed an infection under the skin on his right back leg, below the hock. Alfie had had an infection like this before, and it usually responded to antibiotics, but this time it spread quickly, causing swelling and damage which resulted in a large tear in the skin above the hock. As the area was so infected, surgery was not possible to repair this, so treatment was started with regular dressings on the leg to clean the damaged, infected tissue and to encourage it to heal, a process that we knew would take some time.

Alfie took all this treatment in his stride. He would happily walk into the preparation room, and lie on his side (so long as someone was petting him & stroking his ears) so that we could change his dressing. He never got cross with us even though sometimes the treatment must have been quite uncomfortable, and didn’t try to get the dressing off, although he would lick the skin above it a little. His owners were so supportive, bringing him for his appointments, giving his medication, and very patient with us if the dressing slipped or came off. After three months of treatment, the area has finally healed, and Alfie is glad not to have a bandage on his foot anymore.

Alfie continues to have treatment for diabetes and arthritis, and is still happy to see everyone at the practice whenever he comes in. To us, his patience and friendliness in the face of so many clinical problems make him a real Pet Hero.